Tax Relief » What Is FICA Tax and Do You Have to Pay It? 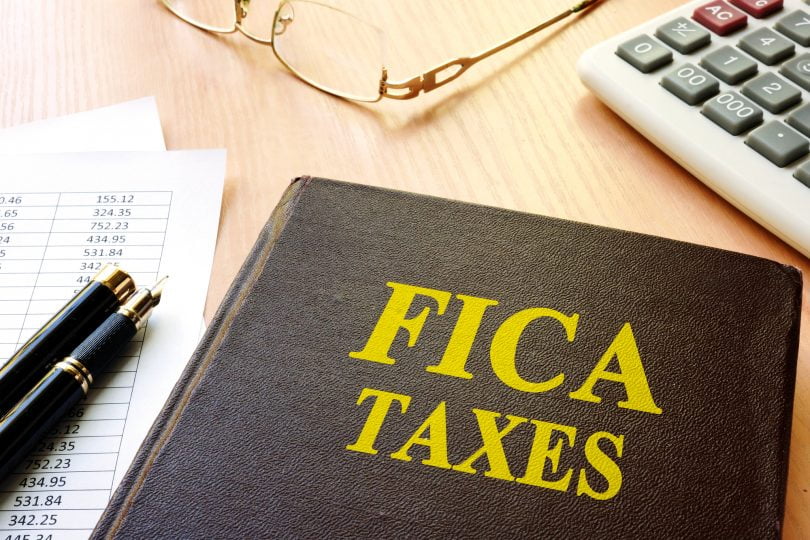 Income tax remains a fairly esoteric concept. Our money is taken and given to the government, but where does it go?

In the United States, part of your tax money goes to two social welfare taxes: the Social Security benefit and the Medicare program. These are federal programs that provide financial benefits for the country’s most vulnerable citizens: the disabled, the elderly, and children who have lost a working parent.

Every American taxpayer pays (or helps pay) a 14.3% tax on their income that goes into these programs.

What Is the FICA Tax?

FICA stands for Federal Insurance Contributions Act (FICA), which is the law that created the FICA payroll tax.

According to the FICA definition, it falls within the social security and Medicare tax, which pays for disability insurance, old-age survivors, and hospital insurance.

The FICA tax is characterized by variable rates and multiple taxes, which makes it one of the most confusing of all the payroll taxes.

There are two taxes to be concerned with: social security tax and Medicare tax.

There’s also a 1.45% Medicare tax, which is split evenly between employers and employees.

The tax extends further depending on income. Employees paid more than $200,000 annually pay another 0.9% Additional Medicare Tax, which the employer doesn’t match.

Does Everyone Need to Pay FICA Tax?

Almost every employee is subject to the FICA tax. Among other taxes, the IRS has placed a minimum threshold on taxes, such as not assessing a specific tax on anyone who earns below $24,000.

Only social security taxes are subjected to a wage base limit.

The bottom line is that everyone might at some point use these social security benefits, so everyone pays the tax so that they might access them.

There are very few exemptions to this rule.

Some religious organizations may avoid the FICA tax with the IRS Form 4029. However, submitting this form also waives their ability to access these benefits.

What Happens If Your Self Employed?

Employees of a company find their FICA withholding is automatically taken out of their paychecks. But the situation becomes more complicated when you have to pay your own taxes because you’re self-employed or run a small business.

The best way to understand the way these taxes work is to consider them as employment and self-employment taxes.

Self-employed workers and small business owners find that the difference isn’t in the overall tax rate but in who’s responsible for it.

Employees and employers split their 14.3% evenly.

If you’re self-employed, you’re responsible for the entire bill.

How Does the IRS Justify Sticking Entrepreneurs With the Whole Bill

The government wants to encourage small business, right? So why do they stick entrepreneurs with a massive tax bill when employees pay only half the tax themselves?

Rather than risk the ire of small business – who make up 97.9% of all companies in the United States – the IRS assesses the tax and then offers a solution.

The IRS justifies the full SECA tax by allowing small businesses to write 50% of the SECA tax off their income taxes. In other words, small businesses and self-employed people write off the portion of the social security tax their employer would normally pay.

Does it work out to be similar savings? The answer to that question depends on your income. If for example, you owe $3,500 in self-employment taxes, you can write $1,250 off your income taxes as an “above-the-line” deduction. Then, you won’t pay tax on that money. Additionally, the income deduction may bring your income down into a more favorable tax bracket.

How to Calculate FICA Tax

What do you owe? To calculate the amount you (or your employee) owes, you’ll need the following information:

Enter your information in this calculator to see how much you owe.

No one avoids paying the FICA tax because, at some point, anyone and everyone might end up using it. By contributing, you’re supporting the most vulnerable people in society and creating a safety net for yourself.

The FICA tax is just a tiny part of tax law, and it’s subject to change. Are you worried about changes in tax law and how it will affect your tax burden?

Visit these resources on personal taxes to learn more.