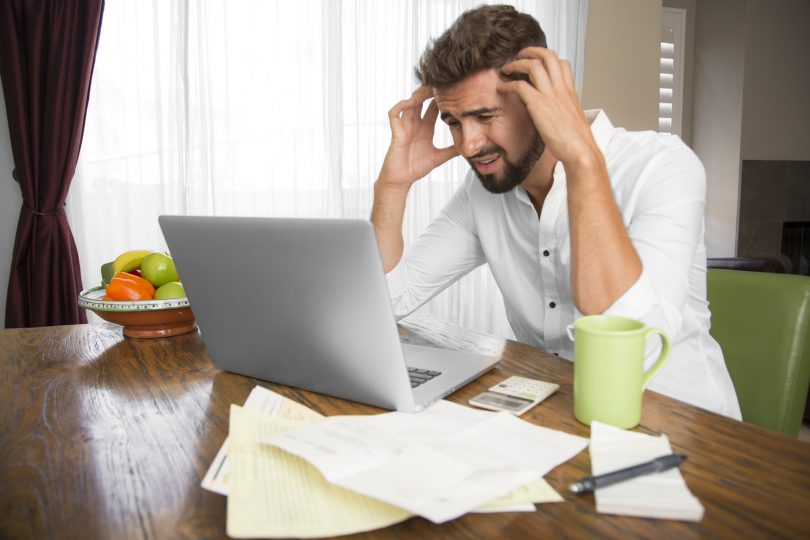 Scared of an IRS audit? You’re not alone – but debunking some common myths about getting audited can help you feel more confident.

The chances of being audited for most people are slim. If you make less than $100,000 a year, you have a less than one percent chance of getting an audit notice. Still, what should you expect on those rare occasions when you might get audited?

There are a lot of myths floating around that make an IRS audit even scarier. We’ll debunk some of the biggest ones here, so you can feel prepared if you get that notice in the mail. Keep reading to learn the truth about these top IRS audit myths!

1. You’re More Likely to Get Audited When You E-File

E-filing seems wonderful – you can get your taxes done on your computer without having to drop anything in the mail. But does it make you more likely to get audited?

The answer is no. In fact, e-filing might even make you less likely to get audited. When you file a return electronically, there’s always less margin for human error, so your return is less likely to raise any flags for the IRS.

Although the IRS doesn’t give out statistics on which kind of return gets audited more, it’s very reasonable to assume that e-filing reduces the chances of an audit. Paper returns are subject to more mistakes since no computer is giving them a final once-over.

2. You’re More Likely to Get Audited if You File Late

Late filing actually has nothing to do with your likelihood of getting audited.

Although the IRS also doesn’t give statistics on how likely late filers are to be audited, but if you’ve filed your return late or using an extension, there’s no reason for the IRS to think that you haven’t filed it carefully. If anything, it’s more likely that you took care to not make any mistakes if you filed late.

If you need an extension to get your taxes done properly, don’t hesitate to request it. Taking more time to do your taxes right is better than submitting a return that you know isn’t done well just so you can make the deadline.

Whether or not it’s late, a tax filing that has problems in it is always more likely to get your audited. Plus, you’ll probably need to make corrections later, so you won’t really be saving any time by sending it in now.

3. You’re More Likely to Get Audited if You File an Amendment

If you need to file an amendment for a business tax return, the IRS will go over your whole return a second time. However, this doesn’t make them more likely to audit it.

Amended returns are reviewed using the same process as the original tax return reviews. Make sure to give an explanation for why you had to file the amendment, and the IRS will probably accept the amendments with no problems.

4. Face-to-Face Audits Are Meant to Scare You

The vast majority of audits are done by mail, so the IRS’s intention isn’t to scare you. In the rare event that an in-person audit is necessary, the IRS will schedule a meeting with you – they won’t just show up and bust down the door.

Face-to-face audits don’t mean things are going to go badly for you. The in-person discussion will likely be peaceful and stress-free. If it’s going to be a difficult conversation, you’ll know well ahead of time thanks to the information the IRS will have already requested from you.

Just because you get a phone call about an audit doesn’t mean someone is trying to scam you. IRS agents may actually try to reach you with a phone call. However, a lot of callers who say they are IRS agents are scammers, so it is wise to be careful.

If an IRS agent (or someone who says they are one) calls you, don’t give any information over the phone right away. Make sure to get the agent’s full name, and ask for their phone number with the proper extension.

A good way to stay safe is to stick to using the IRS’s official phone number. Tell the agent that you’ll verify their information and then call back in the IRS’s mainline.

Keep in mind that the IRS never asks anyone to send their bank account or personal information over the phone. They also never contact people via email, so watch out for email scammers posing as IRS agents.

6. You’re More Likely to Get Audited if You Take Lots of Deductions

Taking deductions doesn’t necessarily increase your chances of an audit, either.

As long as you’re claiming legitimate business deductions that you can document, you have nothing to worry about. Audits aren’t triggered by high numbers of deductions, but by very unlikely deductions. For example, if you claim that your charitable donations exceeded your business profit, the IRS will probably take notice.

7. You’re More Likely to Get Audited if You Claim the Home Office Deduction

In fact, the IRS has even made it easier to claim this deduction than it used to be. Just make sure if you claim it, you follow the rules. The space has to be used solely for work, and it has to be the principal place where business gets done.

Are You Worried About an IRS Audit?

Debunking these IRS audit myths should help you feel less worried about common tax situations. However, if you do get audited, you might still feel nervous.

Looking for ways to avoid an audit? Don’t miss this post.