Tax Relief » What Are Payroll Taxes? A Guide 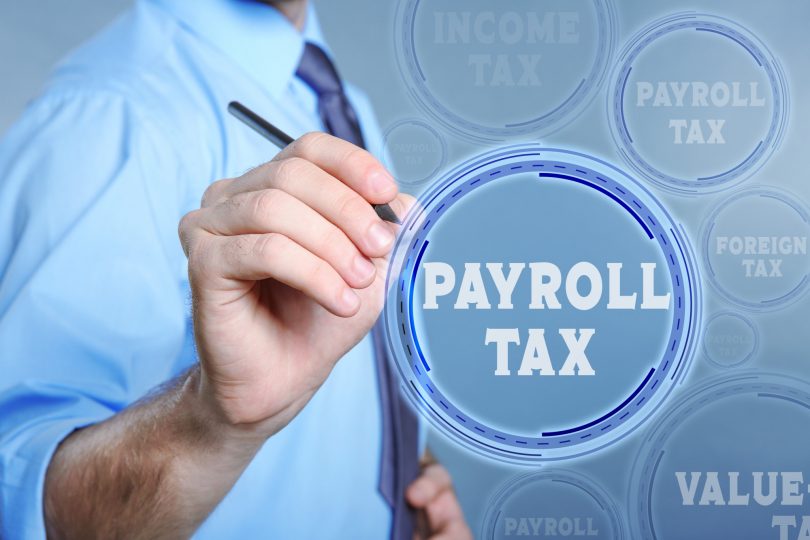 Fact checked by Drew O. Mark
All of the information on this page has been reviewed and certified by a tax professional.

About 36 percent of the federal government gets funded by employment or payroll taxes, while individual income taxes cover another 50 percent.

What are payroll taxes, who pays them, and what happens if you don’t? You might be familiar with them if you run a business, but some business owners neglect them thinking it’s up to the employee to make sure they get paid. But the government expects them to be taken out before distributing wages, leaving you with serious tax penalties if you haven’t been doing so.

Need some help understanding payroll tax and what you need to do? This guide will get you on track with understanding these important employment taxes.

What Are Payroll Taxes?

These taxes are frequently called payroll taxes since employers take them out of the payroll. It’s worth noting that the federal government calls these employment taxes and defines social insurance contributions as payroll taxes, but only on certain forms.

Payroll taxes get paid on wages, salaries, and tips to finance the federal government. There are four basic types to know about:

There might also be state and local payroll taxes deducted that go directly to those entities. Typically, these are income and unemployment taxes.

Income taxes go into the general fund, while FICA and MedFICA taxes fund social insurance programs like Social Security and Medicare. In all cases, the tax is a percentage withheld from pay by the employer, who pays it to the IRS on the employee’s behalf.

How Much Are They?

All payroll taxes are levied as a percent of income, so the amount paid by each person can be quite different. Other considerations like the employee’s withholding status can change what gets paid as well.

The income tax percent varies depending on withholding status and income amount since the more an employee makes, the higher their tax bracket. Employers use the employee’s W-4 form and the IRS withholding table to determine how much this should be.

Employers pay federal unemployment taxes and cannot deduct the cost from employee pay. The federal rate ranges from 0.6 to 6 percent depending on how much state unemployment tax the employer has paid. The tax funds unemployment insurance to cover benefits if someone gets laid off from their job.

The employer holds responsibility for deducting the taxes and sending them in, but they don’t cover the cost of all of them. Who pays what varies based on which tax you’re talking about.

FICA splits evenly between the employee and employer, so each pays 7.65 percent. The employee covers the entire amount of any additional Medicare tax.

Income taxes can be at the federal, state, or local level, and are paid entirely by the employee.

Employers pay the entire amount of unemployment taxes at the federal level. At the state level, a few require that employees also contribute. The amount is reported and paid separately from the other payroll taxes.

All deductions have to be pulled out and held separately from other business monies because they are considered trust fund taxes. Employers have to keep them separate in their books and pay when due.

Self-employed persons have to pay the entire FICA amount in the form of a self-employment tax. The same percentages and thresholds apply as for regular employees. Generally, self-employed persons file an annual return and pay estimated tax quarterly since they don’t have an employer doing it on their behalf.

What Are the Penalties for Not Paying?

While the employee is responsible for paying a certain portion of the payroll taxes, it’s the employer who pays the penalties if they don’t get paid. There might also be interest to pay beyond a penalty if they aren’t submitted on time.

Unpaid employment taxes are a huge issue for the IRS. Billions of payroll taxes get reported on the employer’s quarterly federal returns that go unpaid. Employers can end up with a civil case brought by the tax division of the justice department or even criminal charges brought against them.

Withholding and FICA are reported on IRS Form 941. Failure to file that form on time incurs a 2 percent penalty if up to five days late, progressing to a maximum penalty of 15 percent.

Because payroll taxes are trust fund taxes, an employer could also face a trust fund recovery penalty. This comes up if the employer took the taxes out of employee pay but never sent them in. It requires that willful failure to take action for the TFRP to be an option, and the penalty is equal to the unpaid tax.

The IRS tries to collect these tax monies from the business first. This could result in tax lien notices against the business, or the IRS might try to seize funds from their bank accounts. If those efforts don’t work, the agency goes after the individuals who handle the money, not just the business owner.

If you realize a mistake has been made on your quarterly return, you can file Form 941-X to make adjustments for overpayments or underpayments. If you have a tax issue that can’t be fixed by filing that form, you can get it resolved through a closing agreement process.

Get Your Payroll Taxes in Order

Employers cover most of the costs of payroll taxes and have to deduct the amounts employees pay from their paychecks. Getting those all in order is important because there are some stiff penalties for not paying them on time. Self-employed individuals cover the whole amount and need to submit them quarterly to ensure they are covered.